Sun poisoning, sun allergy, polymorphous light eruption – these are only a few names for a subgroup of dermatologic conditions making it almost impossible to go out and enjoy the sun.
I suffered from a mild form in my teens and early twenties – not fun! Every year when I was first exposed to the sun for a longer period of time, went on holiday, went on a hike, basically exposed skin that had been protected from direct sunlight before, my neck and décolleté, sometimes even my upper arms and legs were covered in a red rash, itching and burning.
But what is the reason behind that? What can you do to treat or, even better, prevent it? This is what I want to talk about today.

As I mentioned there is a whole bunch of skin conditions that are grouped under the term „sun allergy“, but before I go into a little more detail on that, I wanted to encourage you NOT to selfdiagnose skin lesions that appear for the first time or repeatedly.
Several autoimmune diseases or even forms of skin cancer can manifest with a similar appearance, so make sure to consult a professional – not on the internet, this is not a consultation, but in person.

With that out of the way, let´s talk about…

The different kinds of „sun allergy“

I can only scratch the surface here, but the three main forms I want to go into detail today are sun urticaria (more severe, but rare, around 0,5% of the population affec-ted), polymorphous light eruption or PMLE (different kinds of severity, around 20% of the population affected) and acne aestivalis or sun acne, a condition looking like acne, but triggered by UV exposure.

Women are more likely to be affected than men, young people more often than older people and it is most common in lighter skin types, but also possible on melanated skin.
The usual places for manifestation are neck and décolleté, less common are upper arms and legs and in children sometimes the face. It usually occurs in skin that is usually covered and not exposed to UV rays – like your neck and décolleté after months spend in turtleneck sweaters.

As the name polymorphous describes, the appearance can differ greatly in between individuals, but one person always develops the same kind of reaction, so my PMLE might look different to yours, but will always manifest in the same way on me as individual. All kinds have in common strong itching and often a burning sensation.

One of the triggers that the different forms have in common is UVA exposure, but in some people UVB or even visible light can cause the reaction.

Sun urticaria is an immediate reaction of the sun towards UV exposure. The minute you get out, your skin starts to redden, rashes and bumps appear and the skin starts to itch and burn.
It is often, but not always, accompanied by general symptoms similar to a mild flu as sign of the general inflammation that takes place.
The reasons are not fully understood, but as the skin reaction is histologically an allergic reaction it seems that some people have a protein in their skin that, when activated by UVA rays, is treated like an antigen from our body, meaning that it is considered foreign and needs to be attacked.
In very severe conditions this can lead to anaphylactic shock – might be one of the sources for vampire stories dying from sun exposure.
Luckily only very few people suffer from that kind, much more common is PMLE or Polymorphous Light Eruption.

While it looks similar to the sun urticaria, it is a delayed contact dermatitis, meaning that it doesn´t appear immediately with sun exposure, but with a delay of usually 30 minutes up to several hours.
The main (and in many cases the only) culprit is again UVA exposure, again probably by activating a protein in our skin which then acts as antigen for a delayed type skin sensitivity.
Other reasons can be different fragrant components or emulsifiers present in your skincare or sunscreen, some chemical filters (mostly the older ones) or medication you take.

Again it is believed that the UVA rays, that have the ability to penetrate deeper into the skin, there react with degradation components of these substances and maybe a skin protein to trigger that skin sensitivity.

The puzzling component with that skin condition is that usually UV rays reduce the immune reaction in the skin rather than cause an allergic reaction, a small detail that seems to be different in those that suffer from PMLE. As a fun fact: people that suffer from PMLE tend to have less skin cancer than people that don´t – maybe because their immune response is heightened, or maybe simply because they avoid sun exposure better than others.

What exactly triggers the PMLE in you personally needs to be identified in order to properly avoid exposure – for me it was solely UVA rays, because back then I would of course either not use sunscreen at all or would use such a low protection factor that there probably was no UVA protection at all.

PMLE often appears in the spring and early summer and then disappears for the rest of the year, which led to the theory that the responsible protein gets „depleted“ by regular exposure and needs time to be rebuild in the skin, which happens during the winter – sounds logical, but as long as we don´t know the protein, there is no way to prove or disprove that theory.

Other than regular PMLE, that manifests as rash and small bumps, this form looks like acne, with pustules and papules, but without any comedones (closed or open). Other than acne it is also very itchy, so it should be easy to distinguish between the two.
This form is mainly caused by a reaction between UVA rays and lipids, either from your own skin as in your sebum or from lipids in your skincare products. The lipids are oxidized and turned into Lipidperoxids, which then cause inflammation in the hair follicle, leading to acne like lesions.

While the majority of cases is not dangerous as in life threatening, the effects on your daily life still can be immense, with many people reporting reduced quality of life and anxiety regarding outdoor activities, so let´s look at ways to treat the rash.
The first step after the rash occurs should of course be complete sun avoidance. It is important to note that UVA rays penetrate windows, so going indoors sometimes won´t be enough.
While oral antihistamines or steroids will reduce the itching and rash, they should be reserved to more sever cases. Topical application of cooling lotions or antihistamine lotions should usually help lessen the symptoms.
Much better than treatment though is usually not letting it occur in the first place!

As UVA seems to be a common trigger for all forms, using a broadspectrum sunscreen, read a sunscreen with good UVA protection, is very helpful. For me that alone was enough, but it of course depends on the severity and your individual triggers.

If emulsifiers or fragrance are a trigger, you should avoid these by not reaching for milks and lotions, as they usually contain more emulsifiers than creams (and of course opt for non-fragrant products).

Should you live in the US and only have access to US sunscreens, switching to inorganic (or mineral or physical) filters might work, as the older chemical filters have a higher risk of triggering allergic reactions (read more about the different forms of sunscreen here).

For those with acne like lesions, avoid extra lipids in your products and reach for gels rather than creams.

As the triggers are different from person to person, I can sadly not give you a list of products to try that are guaranteed to work, but my general recommendation would be to look for products that claim to be developed to treat sun allergy and then double check the ingredient list – we all know that what is written on the label is not always warranted by what is inside (more on How to read the ingredient list here).

Much more effective than sunscreen is of course sun avoidance, wearing sun protective clothing and a hat and only gradually exposing yourself to UV rays, slowly increasing the intensity rather than going from turtleneck inside to a beach holiday within hours.

Your dermatologist might offer you skin hardening, which is slow and gradual UV exposure under controlled circumstances, reducing the risk of a sensitivity, and you might want to get your Vitamin D levels checked, as Vitamin D deficiency can increase the likelyhood of PMLE.

It goes without question though that I do NOT recommend blindly taking high doses of Vitamin D supplements, something you can sometimes see on You Tube in „How I cured my whatever naturally“ – Vitamin D gets stored when taken orally so while it is rare, you can overdose.
Topical Vitamin D application has also shown promising results, but so far we do not have enough data to really recommend it as prophylaxis, I just wanted to mention it in case you want to give it a try. 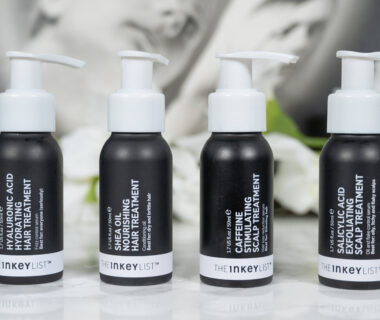 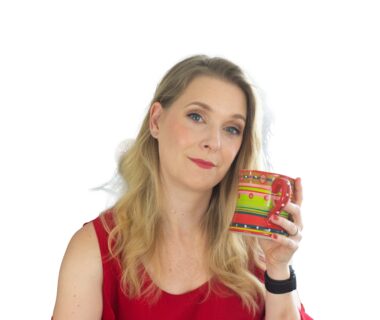 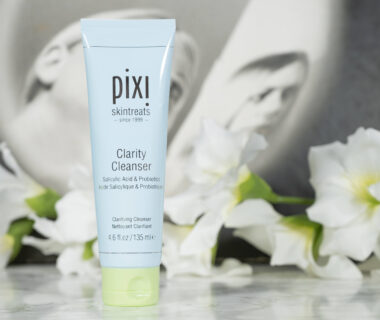