After my first attempt at a makeup declutter back in February (read about it here), I somehow got side tracked and didn´t continue with the project. For no specific reason, it just slipped my mind.

But when I did my nails on Easter Monday (because that is what bank holidays are for) and then immediately smudged it again as my eyeshadow palette tower collapsed and I had to decide in mere seconds if I would smudge my nail polish or risk Urban Decays Born to Run palette shattering on the bathroom tiles – that was when I decided something had to happen.

So with smudged nail polish (and undone hair, please excuse the frizz) I collected everything I owned eyewise and turned on the camera.

And it was quite a collection, and more than a few of the products hadn´t seen the light of day for quite some time. Here you will find an older version of this post, or at least a similar one that offers swatches, but has no makeup declutter tendencies. It was more about taking stock I guess.

Since then I seem to have developed a preference for eyeshadow sticks, all triggered by Clinique Bountiful Beige (that you will find reviewed here). I used that one until it dried out and then purchased a set containing Fuller Fudge and Ample Amber a few months later. Somehow though these two didn´t convince me as much, especially Fuller Fudge has a tendency to disappear within four hours from my lids. I moved on to the more affordable Long-Lasting Eyeshadow Sticks by KIKO and tried some by Sephora, all of which made the cut.

Seriously, I probably have enough neutral eyeshadows sticks to see me through to my 80th birthday…

My actual pencil eyeliner collection was much smaller, mostly consisting of the pixi Endless Silky Eye Pens (review here) and a few options for tightlining. One of the tightlining pencils hadn´t been used in so long, it had actually grown hair – yikes.

The ones that triggered the makeup declutter, my eyeshadow palettes, were easy to go through. I don´t own that many anyway, I much prefer my singles, and the ones I own (Anastasia Beverly Hills Modern Renaissance, reviewed here, Urban Decay Born to Run and a very old premade MAC quad) each have their place in my makeup bag.

Only three pixi eyeshadow palettes (reviewed here) seemed a little excessive. All three are beautiful, but not that different that I can justify keeping them all. Natural Beauty and the It´s Eye Time palette (a collaboration with It´s Judy Time) will find a new loving home while Reflex Lights stays in my collection.

Pigments – I do own them (although they belong to the things I keep forgetting about). Now I have no clue when I used them the last time. Or, to be honest, when I will use them the next time. I simply don´t see many glitter pigment occasions in my near future.

But I decided to keep them, for these “just in case” moments. And because the majority of them was limited edition, bought back in the days when I would queue for every MAC LE collection about to be released.

After a quick sort through my gel liners (MAC Macroviolet, Midnight Blues and Avenue – decided to keep them all, reviewed here) and my cream shadows (one was dried out, but both the L´Oreal Infallible Eyeshadow in Forever Pink and the Maybelline Color Tattoo in Metallic Pomegranate could stay), it was time to face the biggest part of my makeup collection (well, after lipsticks, that is).

Yes, in a world of eyeshadow palette lovers, I am the one still buying monos, depotting them to put into a z-palette. With tiny magnets glued to their back! I just think it is so much more versatile, so much more creative, so much more fun! Or at least it could be, wouldn´t I do the same that I do with premade palettes as well: Stick to the neutrals and browns.

To be fair, the blues I swatched in the video weren´t the most convincing in terms of opacity, but before I throw them out I should at least give them a chance to perform better on my eyes.

Before they reach the state my beloved MAC Mineralize eyeshadow in Dark Indulgence is now in – it has grown mould. To be honest, I didn´t even think that was possible for a powder eyeshadow, but I have been proven wrong.

Oh and before anyone comes at me: No, I don´t care about makeup expiration dates, mascara and liquid liner being the only exceptions. For everything else: As long as it looks (and smells) okay, I will put it on my face.

I won´t if it has grown hair though.

So where do I stand after my Makeup Declutter – The Eye Edition?

I wouldn´t say I am quite finished yet. Especially with an eye (haha!) on the vast amount of neutral eyeshadow sticks I need to do some serious testing to see which one actually performs best on the lids and which ones I can possibly part with. Same goes for the blue, green and purple mono eyeshadows – if I don´t wear them, I don´t really need to keep them.

But at least I have an idea again of which beauty products I own. And I know for a fact that I don´t really need any new makeup anytime soon. 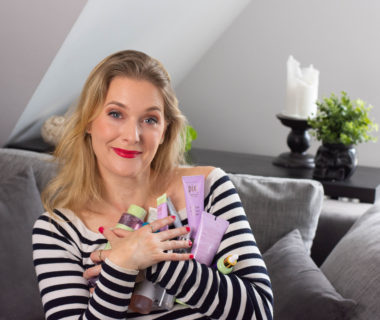 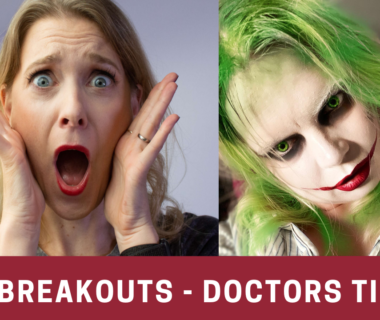 How to remove your Halloween Makeup properly to prevent breakouts 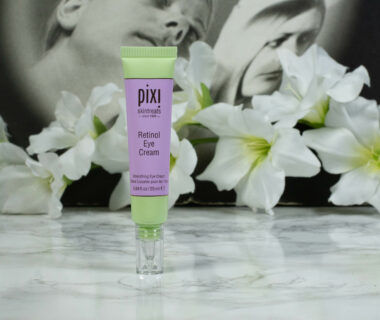 pixi Retinol Eye Cream – Is it worth it?