I promised at the beginning of the year that I would write more mascara reviews, given that it is the one makeup item I do finish regularly. And I intend to stick to my promise by talking about the Milk Makeup Ubame Mascara.

It isn´t a new mascara, it isn´t even a new to me mascara, in fact the Milk Makeup Ubame mascara has been sitting in my drawer for around a year now.

Unopened, I might add, before the hygiene police shows up and starts yelling at me in the comments. It was unopened and gathering dust, and I only ever thought about it because Milk Makeup launched at Cult Beauty earlier this year and everyone went coocoo about that.

If you aren´t familiar with Milk Makeup, they are a cruelty-free, paraben-free and 100% vegan brand founded in downtown New York – basically a millennials dream, and known for their different take on packaging. Think Highlighter Sticks or, as with the Milk Makeup Ubame Mascara, squeezy tubes for your mascara.

So voluminous that you won’t believe your eyes (or lashes), this revolutionary mascara gives your eye look some serious ‘oomph’. Infused with sapphire dust (casual) to add depth and a volume-from-all-angles effect, the formula is a sure-fire shortcut to falsie-like lashes.

In fact, it contains 74% natural ingredients, including ubame oak charcoal which claims responsibility for the creamy texture and richly black colour. The wand is just as impressive as the formula – with an intelligent triple-ball design, it lifts, separates and coats each and every lash from root to tip.

One of the tubes (they look like travel size toothpaste) contains 11 ml and retails for 20,50 £ on the website here. With daily use there was still enough product left to extend the recommended wear time of three months by an additional few weeks before the formula started to change.

Creamy, but neither wet nor dry. The perfect in between. I have no idea how much of an impact the ubame oak charcoal actually has on the texture, but whatever is responsible, it does a great job. The formula is perfect right from the start.

I won´t tell you what initially came to mind when I saw that brush, but my second thought was medieval weapon. Balls at the end of a mascara wand, I have seen that, but a whole wand made up from three balls is a first for me. The triple-ball design is supposed to lift, separate and coat the lash from root to tip, reaching even the tiny wands you usually forget, and let me tell you: That works. All my lashes are coated with product.

Sadly my eye lids are as well. I wouldn´t necessarily describe myself as klutz when it comes to makeup application, but I rarely managed to coat my lashes without eyelid mishaps

How does the Milk Makeup Ubame Mascara perform on the lashes?

Initially? It is the perfect mascara for me. It fans out my lashes, makes me look as if I have twice as many of them without ever clumping, no matter how many coats I apply. Yes, it is not the best at lengthening, but I am looking for volume over length anyway.

But there is a downside: The effect does not last. Within the first hour, my lashes start to drop, the volume gets less, and by the end of the day only the colour gives away that I applied anything to my lashes.

Does the Milk Makeup Ubame Mascara live up to its claims?

It gives volume, is creamy and really black, but I think falsie-like lashes is a little much. It is a step up from really natural, but not at false lash level.

This one is similar in formula (dry, rather than wet), and as volumizing, but has a much better lasting power. I´d say it offers more volume and intensity, but that is only my memory speaking as I never got around to repurchase it despite naming it my favorite mascara of 2016.

If the effects would last, it would absolutely be worth the price for me, but I want a mascara that makes my lashes look great the whole day long, not only for a few hours.

Who do I recommend the Milk Makeup Ubame Mascara to?

If you want voluminous, yet natural looking lashes, this is the perfect mascara for you. Assuming the effect lasts longer on your eyes than it does on mine.

I am no expert on more natural or vegan mascaras, so the short staying power might be something that is common among them. Maybe anyone more experienced could comment on that down below? 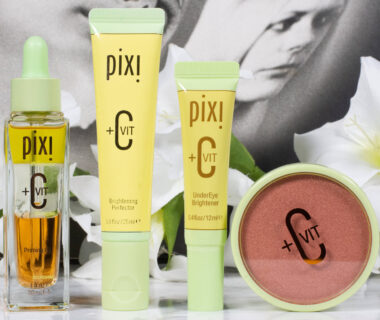