To be honest, I mainly tried the pixi On the Glow Stick Moisturizer because it is sold as „travel friendly“.

I am all about the travel friendly items. Not that I travel all that often anymore, no, but having them in my stash makes me feel as if I might be traveling soon, a reminiscence to „The years before the kids came“ or TYBTKC. (Yeah, not going to catch on, I know).

In our first two years of dating, Mr. Loca and I went to Italy, Switzerland, Thailand, Australia and Chile, not to mention several city trips and trips to the Alps in Southern Germany.

Compared to that, we don´t travel a lot now. Mind you, I am not saying you can´t travel with children – we did a six week road trip through New Zealand before our daughter turned one and it was amazing! It is just that I don´t really want to drag them around the world when they are too young to remember the trips anyway.

So while we stick to visiting European countries for now, I still collect travel friendly items like the pixi On the Glow Moisture Stick that I want to review for you today.

What the pixi On The Glow Moisture Stick claims

Some facts about the pixi On The Glow Moisture Stick

One twist up stick contains 19 g of product and retails for 19 $ on the website here. As I will talk about more later, I only use it on my body and am already down to a third, so I don´t think that it is a lot of product that you get.

Texture and scent of the pixi On The Glow Moisture Stick

Obviously the texture is the unique feature in this product, and it is best described as buttery. Yes, it is firm enough to be in stick form, but the second you apply it to your skin it literally melts into a very rich cream .

There is no noticeable scent, but once applied it leaves the most intense glow – not “lit from within”, but full on wet bling.

How to use the pixi On The Glow Moisture Stick

This Moisture Stick is a mutlipurpose product, meaning it is suitable for usage on your face, your body and on your hair. Face and body is easy, you just swipe it on and blend it in with your fingers, but for the hair actually applying it to the hand and then smoothing it over your strands works best.

Ingredients of the pixi On The Glow Moisture Stick

Emollients, quite a few occlusives and two mineral waxes to get the texture right. Vitamin C, E and Ergosterol, a Vitamin D Precursor and even Retinylpalmitate, a very mild form of Vitamin A. Caffeine, some antioxidants and Phytosteryl/Isostearyl/ Cetyl/Stearyl/Behenyl Dimer Dilinoleate (or Plandool) which is responsible for the highlight not only in this moisture stick, but also in lip glosses and other makeup products.

Does the pixi On The Glow Moisture Stick live up to its claims?

It contains all it claims and more, and I couldn´t think of a more travel friendly way to package it.

How does the pixi On The Glow Moisture Stick compare to…

I have honestly never tried anything that compares to this product.

Would I repurchase the pixi Glow On The Go Moisture Stick?

I have tried all three ways it is recommended to use and will tell you up front: I hate two of them.

The texture is way too rich for me to use it on my face (and I don´t like the shine it gives) and while it works great at taming flyaways and frizz, I can always feel that I put something in my hair and that is something that doesn´t work for me either.

The only way I thoroughly enjoy it is by putting it on my elbows and knees, right where the skin has a tendency to get dry and textured. It does an amazing job at keeping them soft, the Glycolic Acid probably helps there, but I don´t think I can justify having a product just for that purpose.

Who do I recommend the pixi On The Glow Moisture Stick to?

People with dry skin and people that enjoy a strong highlight. Oh, and probably backpackers that don´t want to leave their skincare behind. 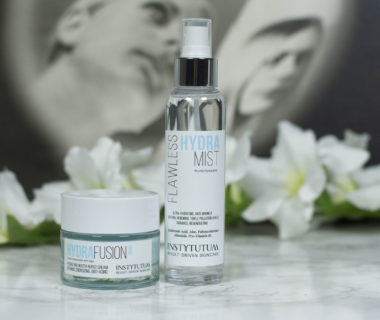 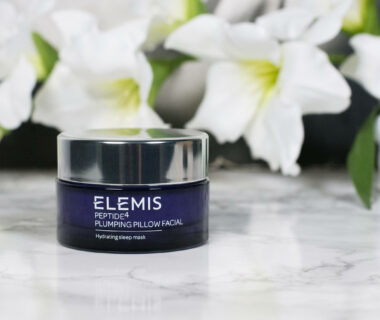