I usually don’t read other reviews when I am testing something. I want to make up my own mind first, then write a draft and afterwards look at what other people have to say. I did the same when writing my pixi Peel and Polish Review, and I have to say what I found surprised me. It surprised me so much that I had to double check my own experiences several times.

It is of course not surprising that different people have different experiences when testing a product. It is to be expected. After all, skin is different, expectations are different, the things we want from a product are different. But when seven out of ten reviews I read mentioned the same issue, I got insecure. Was I missing something?

Well, I might be. Because the thing the other pixi Peel and Polish Reviews complained about unanimously was the scent. And if there is one thing that I am really bad at in the beauty department, it is fragrance, perfume – basically anything related to scent. So even if I am here to tell you that I really don’t mind the scent, you probably better sniff it for yourself before buying – it is the area of beauty that I have the least expertise in. But everything else in this pixi Peel and Polish Review is based on knowledge and experience, I promise!

Some facts about pixi skintreats Peel and Polish

One tube contains 80 ml and retails for 33,99 € on the website here. The signature green and blush tube works very well at dispensing exactly the right amount of product and fits right in with the rest of the pixi skintreats line when arranged on the bathroom shelf (admit, that DOES count). It is pretty slender and tall though, so it has a tendency to topple over when touched and knock over a few other products in the process. Speaking from experience here…

Cucumber. That is what it smells like to me, freshly sliced cucumber with a faint artificial touch. I admit I wasn´t paying much attention to the scent at first, but then I read online that people “hate it” and use the product “despite the off-putting scent”, so I sniffed. At different times of the day, before after and during application – the scent never bothered me.

The texture, never talked about much when there are complaints about the scent, is as you´d expect: A slightly gritty, surprisingly orange paste, but not scratchy on the skin.

How to use the pixi skintreats Peel and Polish

If following the instructions on the packaging, you are supposed to apply the product to your face two or three times a week, leave it on for two minutes and then either rinse it off or gently massage it off, if you want an enhanced peeling effect.

Given the fact that I am not the biggest fan of physical exfoliants, I prefer to just rinse it off, but even without the extra scrubbing I wouldn´t necessarily recommend using Peel and Polish three times a week. It is a potent peel, and even if lactic acid is gentler than glycolic acid because the molecule is bigger and doesn’t penetrate as deeply, once a week should probably be enough.

Of course every skin is different, but you should keep in mind that overexfoliating is totally a thing (as Jenny from Geeky Posh explained here.)

The potency of the product is reduced by the recommended application time of only two minutes – the longer the contact with the skin, the stronger the effect – but even when sticking to these two minutes I would feel it tingle on my skin.

Rather than an enzymatic peel, I would call this a chemical exfoliant with added enzymatic and physical peeling properties, but that might be just semantics. It is a fact though that Lactic Acid is the second ingredient on the list, indicating it plays a major role in the formulation. The Papaya Fruit Extract brings the enzymes, making it an efficient peel even without the added physical component. Both are paired with humectants, emollients and some Citrus Fruit Extracts, usually used as fragrance, that could potentially be irritating.

As always, you should patch test first to see if you react to the formula.

Does the pixi Peel and Polish live up to its claims?

It is a gentle yet effective peel that contains lactic acid, enzymes and a soft physical component. The only think I could probably argue with is the “Professional salon peel treatment without leaving home” – that very much depends on the salon, and while I had gentle peels like this one professionally done, I have had much stronger ones as well.

How does the pixi Peel and Polish compare to…

I write this with a tear in my eye, because I am no longer able to get hold of the original Sunday Riley Good Genes, formulated with Lactic Acid. In Europe only the Glycolic Acid version is available, and while I am sure it is amazing, I loved the Good Genes as my Lactic Acid alternative in a sea of Glycolic Acid products. But complaining aside and getting straight to the point (Ha! As if I´d EVER do that!), no, I don’t think they are “dupes”. Good Genes has no physical exfoliation part and, despite being stronger in effect, still felt gentler when used. It is however several times as expensive and, as I said, no longer readily available in the EU, so at this point in writing my pixi Peel and Polish Review I wonder why I ever brought it up in the first place.

Because every peel pixi skintreats comes out with needs to be compared to Glow Tonic, don´t you think? Apart from the obvious difference (Glow Tonic is Glycolic Acid only, while pixi Peel and Polish is Lactic Acid), both do serve an entirely different purpose. While Glow Tonic is a very gentle exfoliating toner, designed to be used fairly often and left on the skin, the pixi Peel and Polish is more of a once a week treatment or for prepping the skin before an important event. Both have a time and a place in a skin care routine, but are not meant to replace each other.

How come I seem to compare the pixi Peel and Polish against discontinued favorites most of the time? I have no explanation, but will again bother you with a product that used to be my all time favorite, the Instytutum Triple Effect Peel, until they decided to change the formula and put more emphasis on the physical aspect of the product. Instyutum Triple Effect Peel has Glycoloc and Salicylic Acid as main acids, so it suits me a little better than the Lactic Acid version here, but offers the same combination with enzymatic and physical means of exfoliation. As I said, I loved the immediate effect it had on my skin, but the new formula is too abrasive for my liking. And while the pixi Peel and Polish is much gentler, it lacks the Salicylic Acid that made the Instytutum Triple Effect Peel so unique for me.

pixi Peel and Polish and acne

I wanted to address using pixi Peel and Polish if you suffer from acne (real acne, not occasional breakouts) separately, because it seems to be quite a controversial topic in skincare forums/ facebook groups/ reddit threads.

First and foremost, if you suffer from acne, consider seeing a professional, at least for some initial guidance. And while (gentle!) exfoliation is one of the foundations of treating congested, acne prone skin, physical exfoliation can actually worsen the situation. But even without using the physical exfoliation component of the pixi Peel and Polish, I would recommend Salicylic or Mandelic Acid over Lactic Acid.

Using the pixi Peel and Polish if you suffer from acne is probably not going to make things much worse, but if the aim of your skin care regimen is to treat your skins condition, I´d recommend reaching for something else.

Not because of the scent (that, as stated above, doesn´t really bother me), but because I no longer seem to have a place in my routine for these intense peels. I am happy with my salicylic acid once a week and my retinol, I don´t need another  form of exfoliation.

If you prefer occasional, more intense exfoliation sessions over continuous, but gentle products, the pixi Peel and Polish is the right one for you. And if you prefer lactic acid over glycolic acid, this one is one of the few that are available on the market right now, so I do indeed think that this is a product that will be loved by many. 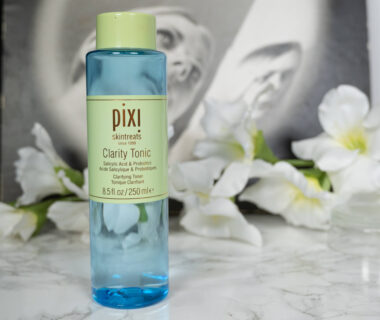 Can skincare cure acne? The difference between drugs and cosmetics | Doctor Anne 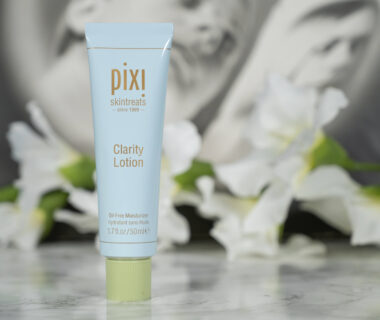